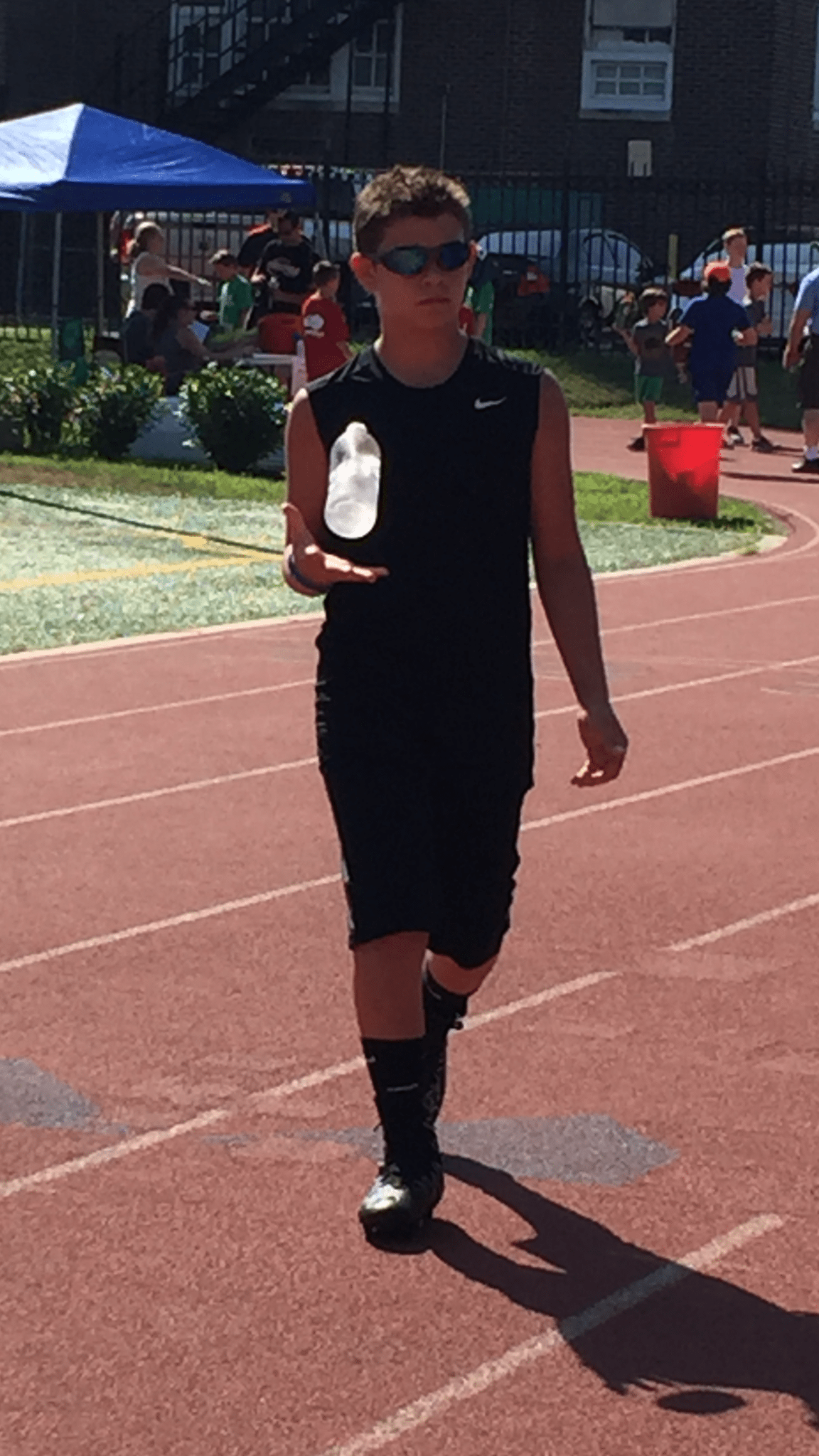 I spent the past few days playing flag football in the excruciating heat.

I didn’t feel comfortable to go to any camps this Summer because I am still anxious to have to leave my parents & deal with teachers & teachers who are coaches etc. so my mom signed me up for town Flag football. You have 2 games a day on Saturday & Sunday & one on the weekday for only one weekend.

Some really young kids & ones up to 12 years old. One of the dads volunteered to coach, he was really nice.

I got to play QB which is my favorite position in the world. They actually rotated players so who ever wanted to play QB was allowed to..

On Saturday We lost our first game but we won our 2nd.. On Sunday we did the  opposite.

Our Monday night game was called mid game due to bad weather. I could just leave it at that, but I must tell the truth & say that we were loosing at the time they called it.

My flag football adventure went by to fast, But We had lots of fun, that’s all that really matters.

Ps, that is a pic of me soaking my sore body in my Jacuzzi..not used to playing football. Lol

I know your saying, OMG it’s not even tackle, but it’s still using muscles I didn’t need for baseball.